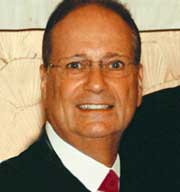 Idea of the Month
If you had just one really great idea to share with the alarm industry, what would it be?

Let us all stand on the shoulders of the pioneers in this industry who came before us. Let's honor those who are still with us by recognizing their accomplishments and encapsulate the knowledge they will leave behind.

Alan Glasser, executive director of the Metropolitan Burglar and Fire Alarm Association of New York (MBFAA), called me several weeks ago to ask if I'd be willing to emcee the association's "Pioneers of the New York Alarm Industry" event. I eagerly accepted the offer; so many of my friends are in the New York area. This column is a fitting opportunity to explore Glasser's great idea, as well as provide a review of the function.

To put it simply, the evening proved to be a milestone event in the industry. In excess of 150 people gathered at the Terrace on the Park in Flushing Meadows Park to honor more than 50 industry professionals with at least 35 years of experience in the alarm industry.

The list included some of the best-known names in the New York alarm industry and beyond. To name but only a few: Ray Adams, who began his career in 1953 as the first salesman of ultrasonic alarms for Altertronics; Harvey Cohen, who has been in the industry for more than 40 years and at the helm of Affiliated Central since 1990; Stan Oppenheim, founder and president of DGA Security; and Dick Soloway, chairman and CEO of NAPCO Security Technologies, who developed one of the industry's first electronic sirens and outdoor siren boxes.

Getting all these stalwarts into the spectacular venue was frosting on the cake. As I stood there introducing the honorees, I was struck by the enormous amount of wisdom, experience, learning and ideas that were possessed by these honorees. I was also somewhat saddened by the fact that when these people pass on, most of what they know and have learned will go with them.

Echoing his own great idea, Glasser is making sure that future issues of the MBFAA newsletter will highlight articles about the honorees/recipients of awards at the "Pioneers" affair. You too can play part in preserving the wisdom, knowledge and life experiences that our industry pioneers can only know. Whether a local, regional or national association, within every faction there are perhaps dozens of people, maybe more, who have been in the industry for a significant amount of time. Maybe it's time to recognize them, honor them and begin to pass on some of the great ideas that they had in building the industry up to where it is today.

What Glasser did in New York can be replicated in every city in the country where there is an alarm association. It can be a great fundraiser event as well; each attendee to the MBFAA affair paid $150, which included a great dinner, open bar and hors d'oeuvres.

This concept is a way to bring in people who may have been out of the industry for years, even decades. Isn't it time these people were recognized and welcomed back, even if just for an evening to honor their accomplishments? Feel free to contact me or Glasser (718-894-6712) if you'd like more information on how an event like this can be facilitated.